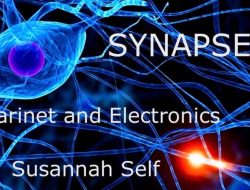 Susannah Self on ‘Finding a methodology for composing for... 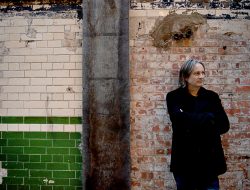 We are delighted with the news that Vic Hoyland’s 75th Birthday concert is now confirmed and will be taking place on Saturday 25 September at St Michael le Belfrey in York.

The programme includes two premiers of works by Vic: For Derek John Benton; because, and his arrangement of E Si Fussi Pisci, plus three pieces by Debussy – La Flute de Pan; Sonata for Flute, Viola and Harp; and Chansons de Bilitis (with celeste part arranged by Pierre Boulez). The concert features ChamberMade conducted by Ben Palmer.

Also, fantastic news of revived work, recovered and published after 55 years! Vic himself tells us:

After 55 years my undergraduate student friend, Peter J. Meanwell, finally returned a number of scores to me. These are compositions I had believed to be lost. Notre Dame de Chartres was one of these pieces and Paul Roberts has now made a processed copy, making it ready for publication with Composers Edition.

It is far more complex that I had remembered when I came to make a new version for voices and strings, and uses all of Pierre Hebert’s French text from the collection titled “La Cathedrale”.

We at Composers Edition couldn’t be prouder to publish Vic Hoyland’s music, and wish him a very Happy 75th Birthday!