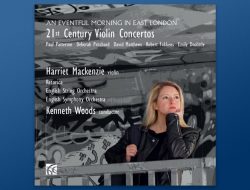 Recording of the Month feat. Fokkens’ An Eventful Morning...

US/Austrialian label Ablaze Records a label dedicated to contemporary music have released the first volume in their Sinfonia series, featuring Ryan Latimer’s Mills Mess for large ensemble.  Performed by members of the Brno Philharmonic Orchestra, conducted by Mikel Toms it features alongside works by Jonathan Graybill, Per Christian Arnesen, Benjamin Rimmer and more. 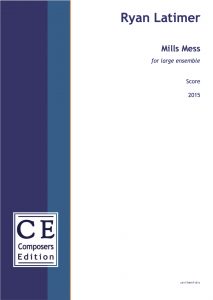 The ‘Mills Mess’ is a popular juggling pattern, developed by Steve Mills in the 1970s. The maneuver is renowned for its visual discontinuity and practical complexity; “a mind-boggling pattern of circling balls, crossing and uncrossing hands, and unexpected catches” (George Gillson). Also encouraged is the use of claws, chops and other flourishes to further disrupt the already irregular visual patterns.

The piece aims to capture the essence of this style through the use of fragmented and hocketing basslines, repeating yet continually adjusting rhythmic patterns, cascading flourishes and a discontinuous form, as well as a general boisterousness in the material itself.