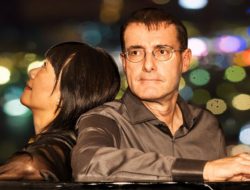 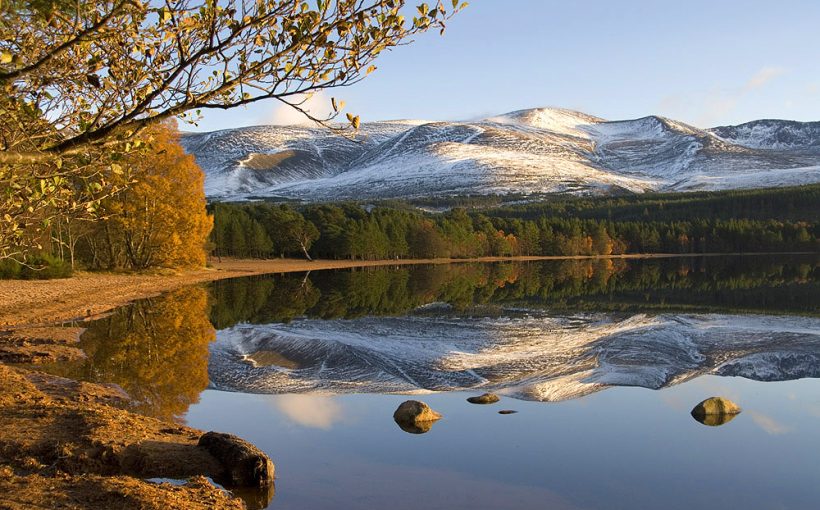 Robert Peate’s Morlich Meditation for Solo Marimba is booked to be premiered on Friday 30 April 1pm by Ethan Skuodas as part of the Royal Academy of Music’s 200 PIECES Project. Robert tells us about the work;

Loch Morlich is located in the Badenoch and Strathspey area of the Scottish Highlands. At 318 metres above sea level, it is the highest beach in the UK, and sits at the foot of the Cairngorm mountains. An area of outstanding natural beauty, the combination of the calm loch, sandy beaches and snow-topped mountains – created a very memorable, zen-like impression. A hymn-like harmonic progression for marimba came to mind whilst I was there, and from this idea the piece eventually took the form of an ‘introduction and hymn’. The piece is dedicated to a Marimba-playing friend, whom I was visiting at the time.

Robert also gives us an insight into the structure of the piece:

This compact but spacious miniature is built exclusively out of a simple harmonic shift. Beginning with a kind of veiled emergence, the material gradually ‘condenses’ into a more regular hymn-like exchange between subtly shifting 6-note chords (requiring 6 mallets), and a more melodic tremolo between two pitches. These two ‘levels’ gradually diverge towards opposite poles, and the piece ends with a sense of spectral poise similar (though now somewhat more grounded) to the opening.

This concert is a percussion showcase, livestreamed from the Duke’s Hall, Royal Academy of Music.