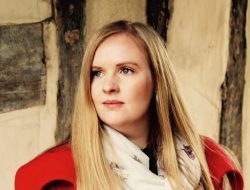 In the first week of my first job in a Higher Education music department, I was asked to teach a practical module called ‘Ensemble Class’. I arrived with bags of repertoire – Haydn string quartets, Mozart divertimenti, serenades, brass and wind quintets, trios, octets… I was prepared for anything.

I was not prepared for the ensemble that greeted me. Four electric guitars, a flute, a trumpet, three singers, two drummers, an accordion, a clarinet and a pianist. There was also a great deal of variance in ability, notational reading, experience and enthusiasm.

And so, my class and I embarked on a fearless year of exploration, discovering a world of music I previously never knew existed. We started with Terry Riley’s 1964 conceptual masterpiece In C, loving the incessant, hammering energy. We tried Michael Finnissy’s Plain Harmony(also for any large mixed ensemble) and dabbled in Cardew’s Great Learning. At the time, I knew little more than my students about this repertoire, but I grew to delight in our sound world: the metallic grind of the accordion against the guitars and the strange ‘modal’ intonation of the wind and brass. We became adept at balancing the disparate instruments by moving around the room. We were a perfectly imperfect amateur music group, united by our limitations and a growing passion for what we did.

That year instilled a deep respect and love for amateur music making in me. Amateur music making is everywhere and always has been. It is classical orchestras, church choirs, brass bands, operatic societies, jazz, rock, folk and country bands. It is cyberspace music groups. It is children, teenagers and people who pick up an instrument again that they once played. Most Western classical music was written for a mix of professional and amateur musicians, from 16th century Madrigal singers to Haydn’s string quartets. In Victorian and Edwardian England, legions of brass players, singers and pianists played arrangements of operatic showstoppers, symphonies and overtures by Tchaikovsky, Wagner, Rossini, Donizetti, Brahms, Haydn and Schumann… all of them defining, in a hands-on way, how musical culture developed.

When you think about music in these terms, you start to listen out for amateur fingerprints. Whilst recently researching the music of Samuel Coleridge-Taylor, I was struck by the sheeny gloss of his orchestral writing. Perhaps a stylistic choice, but more likely a direct result of his long-term experience of composing for the Croydon amateur music scene. He would have known what the potential pitfalls were and actively avoided them by writing music that would ‘work’ even if only played moderately well. In the hands of professionals, the safe solidity of his orchestration is transformed into a luxurious polished veneer.

A very different example, Brahms’ opus 51 string quartets ask much of players and listeners, yet they hover in a tense amateur-professional hinterland. They were written for legendary violinist Joseph Joachim, but dedicated to Brahms’ amateur violin-playing friend, the renowned surgeon Theodor Billroth, who hosted evenings of amateur chamber music at his home. The music of the quartets seems to move uneasily and fascinatingly between an intimate private entertainment and professional public spectacle.

Amateur music making is never the poor relation of professional music making. It has unique and distinct qualities of its own: extraordinary resilience, drive and versatility resulting in an exceptional ability to thrive in almost any conditions. Because of its success, amateur music making became a major player in the 1980s as part of the movement to value culture based on how well it could deliver government targets to transform society and people’s lives. Rebranded as ‘Community Music’ (emphasizing its social and political significance) the concept of music existing in ‘communities’ was given a further boost in the 1990s as part of large-scale social changes and idea of things existing in ‘spaces’ and ‘scapes’.

This wholesale embracing of amateur music as a happy-go-lucky place of total inclusion and participation often overlooks the dedication and hard work that goes into it. It is rare to read anything negative about community music. Its common to read a lot of enthusiasm, while critical reflection or comment about the music itself is slight.

This is a shame, because amateur music making has its own sound and it’s a compelling one. Witness the sonic adrenaline rush of the National Children’s Orchestra powering through their first Mahler Symphony as if it had been written just for them. Or a crack Festival chorus singing the Messiah at Three Choirs. And – curiously – an amateur performance of well-known music seems to be able to revitalise a canonized work. What has become bread and butter for professionals can be a thrilling white-knuckle ride for an amateur group. It exposes the grit and the grain of the music, removing mental blocks of history, popularity and association, opening up the music for a fresh hearing.

Some of my most memorable and moving amateur musical experiences have been the simplest ones – amateur music without the ideology. The Salvation Army band on the high street that makes me stop and reflect on Christmas consumerism… a busker on the tube unexpectedly playing one of my favourite songs… a local 14-piece scratch orchestra whose percussionist suddenly took to the front of the stage and, with a very passable tenor voice, delivered an impassioned Nessun Dorma accompanied by his friends as if it was the last time he was going to sing.

None of these experiences would have been better or more memorable had they been given by professionals. In fact, they may have felt kitsch or insincere. It is precisely the amateurism that made them special. They were, to use Leo Tolstoy’s expression, ‘infectious’experiences. It was not about the ‘the manifestation of some mysterious idea of beauty’, or ‘the production of pleasing objects’ – it was simply a union amongst people and a joining together of the same feelings. It was exactly the same feelings that were evoked when my students and I tackled In C over 20 years ago. A feeling that the music was our own and no one else’s.

The difference is a fundamental one: amateur music making requires musical independence and so amateur musicians determine their own standards for musical success, not driven by criteria imposed by cultural gate-keepers. Largely ignored by critics, amateur music making is rarely misunderstood or destroyed by an uncaring public. It is removed from cultural stereotypes. Amateur musicians are free to exercise their own benchmarks as to whether a work or performance is good or bad, whether it moves or unites. There is a preponderance of sincerity in amateur music making.This is – I think – a very exciting prospect for a composer. Boundaries shifted, walls removed… a way to ‘start over’ and reinstate values. It’s a clean slate with a sound-world waiting to be discovered. It’s a chance to create music for people who love what they do, who will care for music, be interested in it, rehearse and perform it perhaps many, many times. Writing for amateurs feels radical, uncluttered and unfettered: what a great foundation for new music.

Whether you’re a choirmaster, band leader or festival ensemble director we’re here to support you with repertoire selection, commissioning, appropriate pricing and celebrating what you do. Here’s how:-

Find out more about what Composers Edition can do for your choir or ensemble!

Do also check out the activities of Making Music and Contemporary Music for All (CoMA) and similar organisations across the world.

The illustration for this article was specially commissioned by Composers Edition from illustrator and animation artist May Kindred-Boothby.