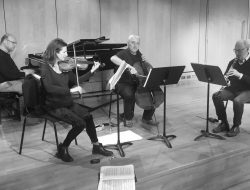 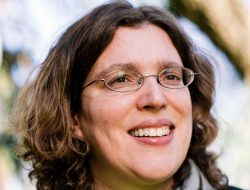 When A Child Is A Witness - performance

June 2022 brings the release of a filmed performance from February 2022 of Liz Dilnot Johnson’s When A Child Is A Witness, recorded live during Coventry’s City of Culture year.

A powerful, emotional work When A Child Is A Witness ‘brings different communities and art-forms together within the framework of a Requiem in response to the human tragedy of war and displacement and celebrates the offer of refuge and hope.

The film will be released on Wednesday 8 June at 7pm on Ex Cathedra website, Facebook and YouTube and will remain available until Thursday 30 June at 11:59pm.

…most impressive of all was Johnson’s music, a composition of notable insight, beauty, and variety.

Ex Cathedra continues championing Liz Dilnot Johnson’s music throughout their Summer By Candlelight tour. They will perform Liz’s setting of Gerard Manley Hopkins’ searing poem The Windhover for 10-part choir with baritone solo, which was commissioned in 2020 as one of Ex Cathedra’s Dawn Chorus series. Liz’s Blake Reimagined for improvising choir and soloists, also written in 2020, features in the programmes as well.

Also, one of the refugee groups which Liz Dilnot Johnson worked in When A Child Is A Witness have been invited to perform at the Bristol Refugee Festival on Sunday 26 June. Liz Dilnot Johnson will be working with the young people in the European Youth Music Refugee Choir to perform their music created for the Requiem, and they will develop some new ideas together on the theme of Healing through Community.

Liz Dilnot Johnson’s The Windhover and Blake Reimagined are available for perusal and purchase through Composers Edition website, to which When A Child Is A Witness will be added shortly.