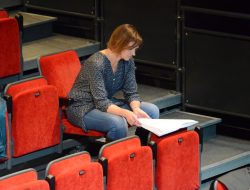 Liz Lane in ‘Age Against the Machine – Grand... 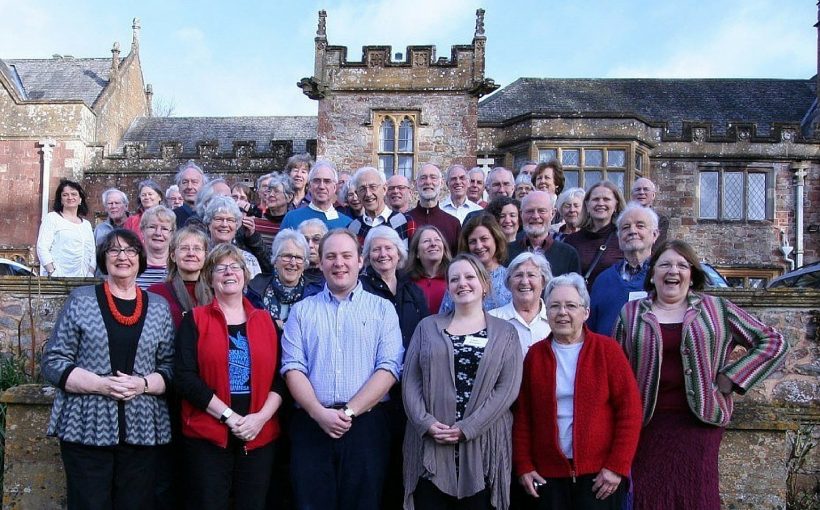 On Saturday 5 October Laetare Singers host a Come and Sing event directed by Adrian Partington, with accompaniment by Steve Kings in celebration of English Cathedral Music.

As the Laetare Singers’ Margaret Peirson tells us, they came across the three choral works Quem Timebo, Ego Dormivi et Quievi and Gustate et Videte at their premiere as part of The Old Hispanic Office Project at St Pauls Church, Clifton, Bristol in 2015. The Vespers reflect the structure and musical soundscape of the early medieval Christian liturgy in the Iberian peninsula. Margaret goes on;

The Laetare Singers was founded 40 years ago by Barbara Johnson who ran the group for many years.  As well as our biannual come and sing events, we hold two residential singing workshops for our members each year – one in the summer (usually at Holland House in Cropthorne near Evesham) and one in January (usually at Halsway Manor in the Quantock Hills).  Members come from various parts of the country, though they are mostly from Bristol and the South West.  We invite different conductors each time and repertoire will be chosen by them but we are always keen that they include new repertoire and/or repertoire that is new to all our members. We have commissioned some new pieces to celebrate our 40th anniversary.

Composers Edition was pleased to be to produce a special 40th Anniversary Edition of the three works that make up the Vespers especially for this event.

Other Performances of Willis’ music in October

“The sounds of viols, recorders and harpsichords excited composers’ imaginations during the Renaissance and Baroque, and still do today. Performing music from the 1600s to the contemporary, we show how composers continue, extend and challenge the musical legacy of the past. With Francis Knights (narrator), Janet Wheeler (harpsichord), the Maestral Ensemble (recorders), La Dolce Gamba (viols) and singers from Fitzwilliam College.”

The Wind’s Warning – On tour with The Gesualdo Six

“Passion and Polyphony” “Exploring a relationship between old and new, sacred and secular, our programme juxtaposes Tallis with Talbot and Tormis in an exhibition of some of the finest consort works from renaissance and modern-day composers. Ligeti’s astonishing Nonsense Madrigals are set against the equally astounding harmonic language of Carlo Gesualdo, picking up one movement from each of his three settings of Tenebrae Responsories for Holy Week.”

“The natural world has always proved to be a plentiful source of inspiration for composers. ‘Mother Earth’ brings together many of these delightful works, featuring music by Palestrina, Monteverdi, Byrd, Vaughan Williams and Alison Willis.”

The premiere will take place at Thame Chamber Choir’s concert, “Poetry in Motion”, in St Mary’s Church on Saturday 19th October (as part of the 2019 Thame Arts and Literature Festival) at St Mary’s Church, Thame.