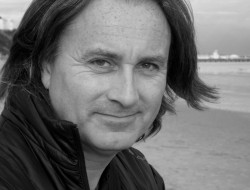 Gustavo Diaz-Jerez will be giving a piano recital on Sunday 13 September at the Teatros del Canal in Madrid.

Among other works, Gustavo will be playing some of his Metaludios for piano, including the world premiere of Pavana triste (Homenaje a Antonio José).

About Metaludios the composer tells us:

The word Metaludio is derived from the prefix meta-, “beyond” and the suffix –ludio, from the Latin ludēre, “to play”, “to exercise”. When coining this word, I tried to encompass these pieces beyond the usual preludes, interludes, etc. I have tried to give each Metaludio its own character, with distinguishing features that define its identity and differentiate it from the next. The titles give them away, sometimes because of the underlying scientific process, sometimes because of a mythological story behind, a tribute to a specific artist, or simply because of a sound resource that develops and grows in complexity.

Metaludios books 1, 2 and 3 are proudly available for perusal and purchase through Composers Edition website, as well as other works by Gustavo Diaz-Jerez.